Five days in Abu Dhabi. Five days to test out the business class product of new client Etihad Airways, immerse ourselves in its business, and tour everything from Etihad’s Engineering Department and Innovation Zone to its Training Academy.

The stats? Two eager 8020 team members spending 16 hours in the air consuming four films, one book, one glass of champagne, several coffees and at least four cups of mint tea. And on the ground, more than 20,000 steps spent visiting some of the best sites in Abu Dhabi.

It’s this last figure that made a real difference to our understanding of the city. As a helpful taxi driver described on the way to London Heathrow, Dubai is like the Las Vegas of the Middle East, and Abu Dhabi is the opposite – steeped in beauty and culture.

Whilst in many areas, Abu Dhabi has a truly global feel – we stayed in a Marriott hotel; ate Indian, Thai, Lebanese and Emirati cuisines; and were awed at the continuous construction of the city around us – the warmth and hospitality of the local people we met felt true to the region.

As did the attractions we visited. The Sheikh Zayed Grand Mosque – white, resplendent, decorated with exquisite marble flowers – was impressive in size and peacefulness. It is elevated on a man-made hill, visible from any bridge you use to enter the city.

Architecturally, the Louvre Abu Dhabi couldn’t have differed more. Compared to the classical symmetry of the mosque, the gallery (incidentally, the only Louvre outside Paris) consists of an array of white, square buildings covered by a circular dome. The effect inside is mesmeric, particularly as the gallery is surrounded by the turquoise waters of the Persian Gulf.

Inside the gallery, however, is where the real treasures lie. In one short visit, I consumed an exhibition on 10,000 years of luxury, as well as centuries of artworks and objects from sombre ancient Roman statues to shocking 1960s Jean-Michel Basquiat.

Lunch on Saadiyat Beach with its white sands and gently rippling waves was when we really appreciated the break from the dismal January English weather. We learnt that local regulations ensure that hotels must refrain from making these beaches even more idyllic with the planting of palms, due to the importance of conserving the shoreline for the turtle population. Apparently, baby turtles can become confused after hatching by the presence of trees and get lost on their way down to the sea.

An abundance of gold greeted us in both the Qasr Al Watan, the official palace used for royal and state functions, and the ultra-luxury Emirates Palace hotel. We were lucky enough to enjoy their signature gold-leaf cappuccino, which ended up all over my top lip.

Since the visit, a lot of people have asked if I’d recommend Abu Dhabi as a holiday destination. Whilst it differs significantly from many other cities I’ve seen, it’s this variance that makes it such a standout place to go. The combination of Emirati hospitality, impressive sites, exquisite food, gorgeous oceans and new architecture produce a city unlike any other (and a very different vibe to Dubai). I can’t wait to return. 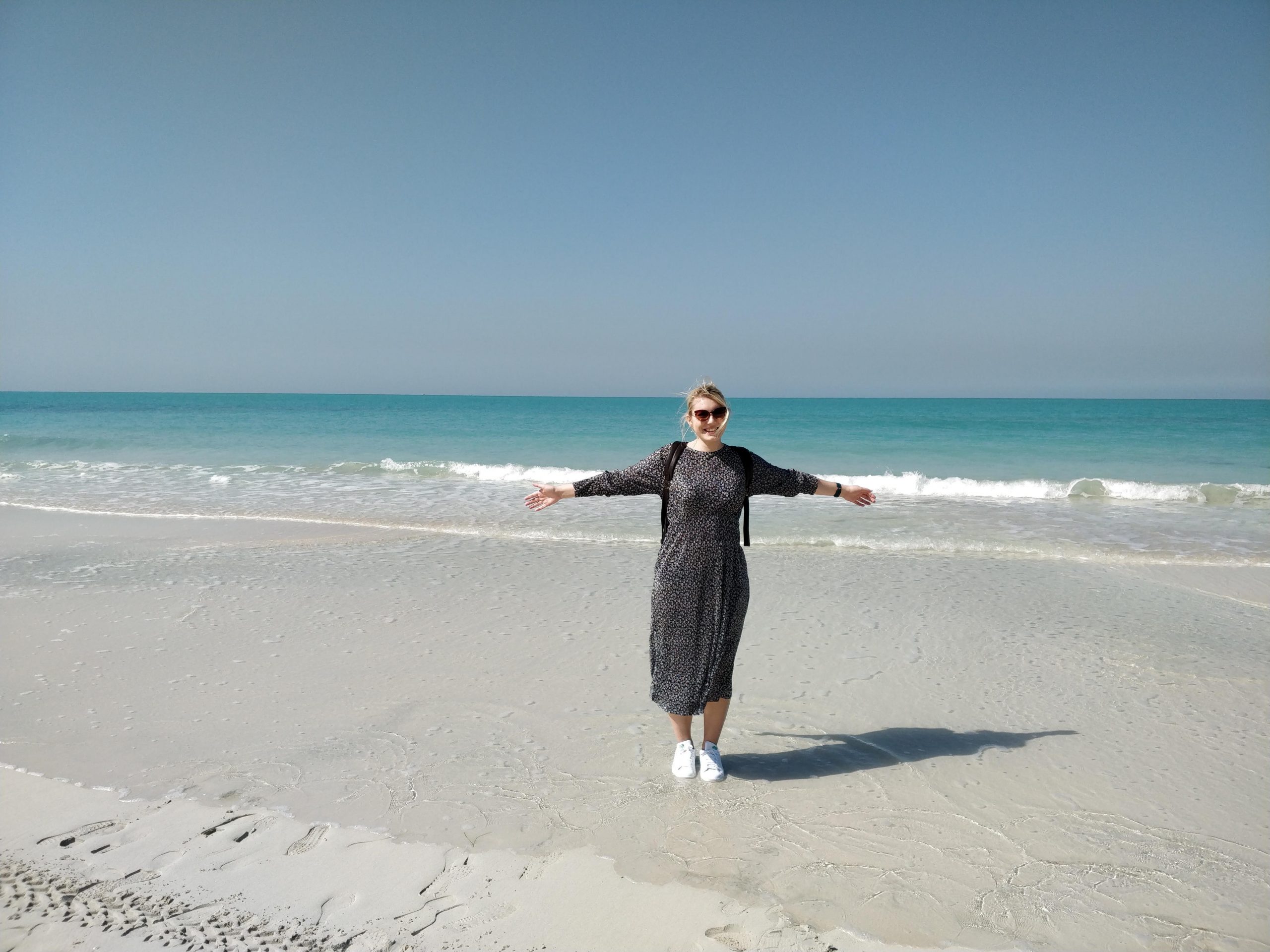