The future of public transport: has 2020 changed our habits for the better?

During the depths of the first lockdown, train use was at only 4% of usual capacity, and as I write in lockdown two, the figure is just under a third of previous years’ levels. Similarly, use of buses in the first lockdown decreased to 10% of normal levels. Car use was down to 22% at its lowest. Cycling saw quite the opposite, experiencing a 320% increase in use as a mode of transport in late April.

Part of this is because commuting ground to a halt from March 23 onwards. This, coupled with the government’s advice to avoid public transport at all cost, meant that trains, tubes and buses ran practically empty for several weeks. 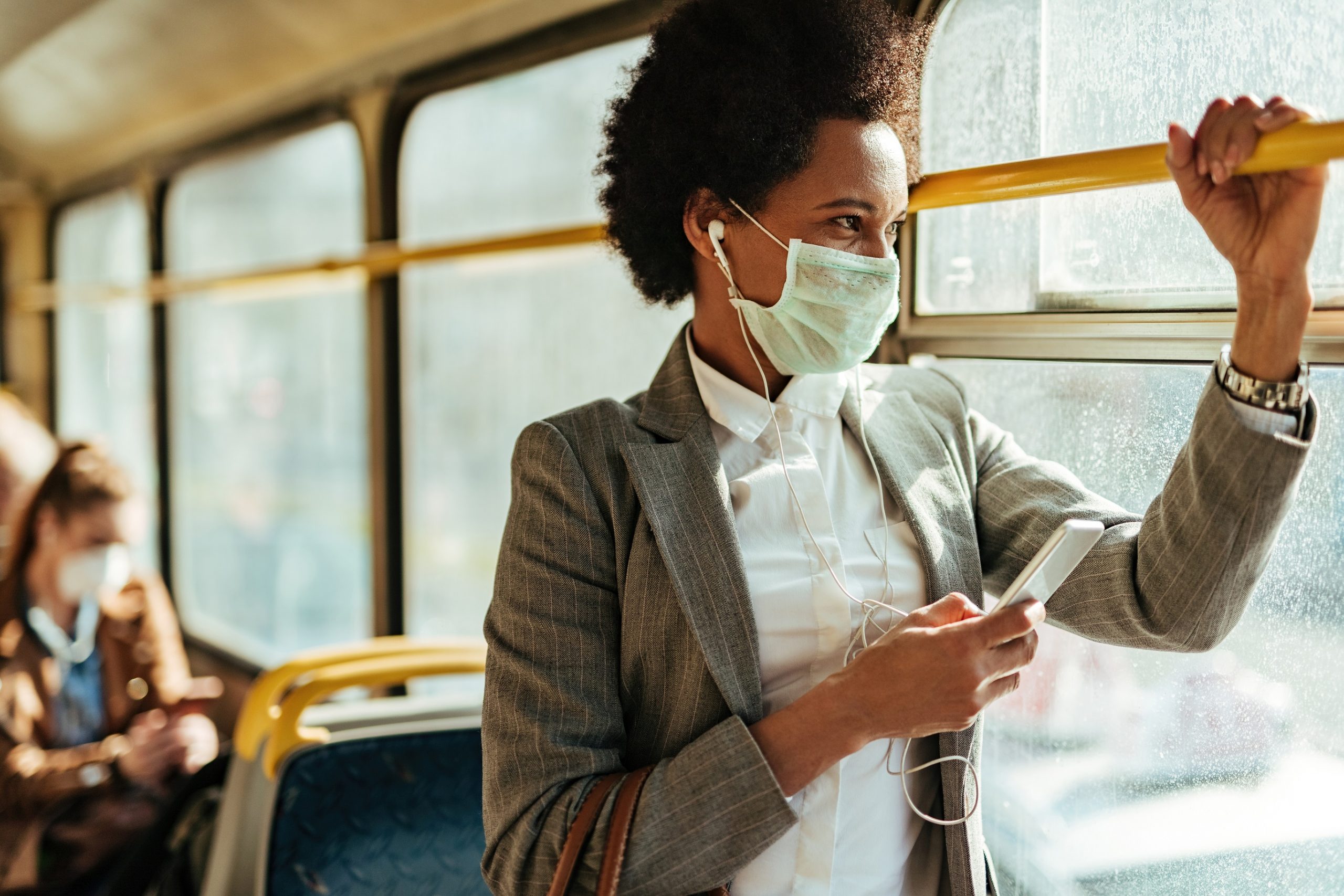 As mentioned in my previous blog about the rise in car club schemes, the move back to public transport has been slow, with private or car club vehicles becoming the preferred safe method of getting around. In November, research from the RAC found that the pandemic has put back attitudes to driving versus public transport by two decades, with almost two-thirds of UK car owners now considering their vehicle essential.

As humans, we will always choose the easiest option. So, for many, the habits adopted and practiced during the pandemic will stick, whether that be cycling everywhere, or the less environmentally friendly car use. Additional considerations, such as remembering to wear a mask, social distancing and increased exposure to others continue to be barriers to public transport.

A few behavioural economics theories also come into play here. For example, the Power Law of Practice states that the more we get used to doing something, the quicker and more efficient it becomes, so the longer we use our cars to get around rather than the bus or a train, the more likely the behaviour is to stick.

It also depends on whether we feel that exclusively using cars rather than public transport is something we have easily adapted to and is now just a new way of life, or a case of self-regulation whereby we are only doing it because it is temporary and we view it as an emergency measure to get us through the pandemic.

Finally, there is the Logic of Appropriateness. Essentially, we make decisions based on what we think we are supposed to do and to avoid negative reaction from our peers. This is normally associated with things like the way we dress and the fact that we all follow the rules of road but can be applied to our use of public and private transport.

With the verdict still out, what is the industry doing?

There are many companies developing solutions to make a return to alternative transport methods as simple as possible. And of course, technology plays its part.

SkedGo, the Mobility as a Service tech enabler, launched its occupancy feature during the early phases of the pandemic, enabling transport operators to let their passengers to check how crowded their train carriage would be when planning their journey. The solution helps users find the best times to travel and supports transport authorities and local governments in promoting socially distanced means of travel, such as cycling and walking.

Companies such as Hudjo allow users to park their bikes in secure locations through an app, removing the worry of not finding a safe place to store their bicycle during the day or night.

It has long been a belief that technology alone is not enough to shift transport behaviours (take this article in Bloomberg in 2019, for example). However, Covid-19 has changed this, much like it has disrupted almost every industry. Before March, many people may not have considered a world where they didn’t jump in the car every day or climb into a packed train at 07:30.

In addition to technological advances, financial incentives are being introduced to help persuade people into alternative travel methods. The Times has reported that the UK government is in favour of direct subsidies for plug-in cars, motorbikes, vans, taxis and trucks. It is suggested that these are worth up to 20-35% off the purchase cost.

We have been forced to relearn our attitudes towards how we travel. With living sustainably still very much on the radar, it is likely that there will a shift not only towards what mode of transport we use, but if travel is needed at all. One school of thought is that we need to create ‘Green Norms’ in which what is seen as the most appropriate thing to do is also the best for the environment. Hopefully, once Covid-19 restrictions begin to ease more widely, this will play a part in getting Britain back to a more sustainable future for its transport.