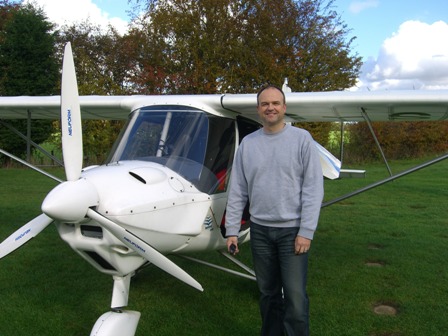 The good people of Portsmouth, Hampshire could have justifiably taken fright at the weekend, as novice pilot Marc took to the skies in an Ikarus C42 microlight. The aircraft is owned and operated by Solent Flight and Marc was accompanied by instructor pilot Chris. (Solent Flight is appropriately based in Lower Upham, which sounds rather like Chris’s instructions to Marc throughout the flight.) A 30-minute flight saw the Ikarus make an exciting and enjoyable round-trip to Portsmouth, turning back over the Spinnaker Tower, and Marc found the aircraft sturdy and simple to control. Top marks go to Chris as an excellent instructor. However, is it just us who think Ikarus is a slightly unfortunate name for an aircraft?