Reputation crisis: what VW needs to do now

VW, the world’s leading automaker by volume, is facing every CEO’s worst nightmare this week. It is accused of deliberately trying to hoodwink US regulators and customers over the true level of nitrogen oxide emissions from some diesel cars. Its share price has tanked, it faces potentially billions of dollars in recall costs and fines, and its reputation for trustworthiness has been badly tarnished. Here we set out five steps VW must take to gain control of its reputational crisis. 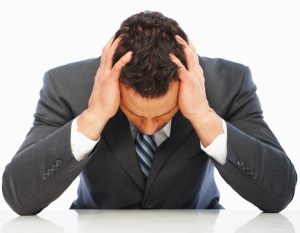 1. Quantify: VW is correctly focused on ascertaining the scale of the problem. It can then make appropriate provisions against its profits, plan product recalls and take other corrective action. Until you know the scale and nature of your problem you can’t begin to fix it.

2. Understand: ‘How could this have happened?’ is the question on everyone’s lips. VW needs to act quickly and credibly in finding an explanation. The seriousness of the issue and the possibility that senior management could have been involved demands an independent inquiry. VW must quickly bring in an independent legal authority, such as a leading international jurist, to conduct a thorough public review. This is a vital step to ensure the company is seen to be acting correctly and should be the first step in trying to win back trust, both externally and internally.

3. Remedy: VW needs to manage its product recall efficiently and with minimal inconvenience to customers. The group must be seen to be putting customer interests before any other consideration and ‘going the extra mile’ to make up for its transgression, whatever the short-term costs. There must be not a whiff of self-interest in how VW manages and communicates about this process.

4. Explain: VW must become the primary information source about the emissions scandal, rather than pundits, regulators or other third parties. It must communicate openly and frequently to explain what took place, how it happened and what is being done to ensure it can never occur again. While such candour will cause short-term pain to management, and probably cost some senior executives their jobs, it is the only way for VW to preserve our faith in its brand for its long-term prosperity.

5. Promote: Only much further down the road, when all the facts are known, costs have been borne, contrition shown and lessons learned, can VW begin to work positively to rebuild its brand image. After a deception of this scale, and with this apparent degree of planning, it seems unlikely that VW will ever be perceived in quite the same way again. However, if the group shows through its transparency and actions that this event was an aberration, it stands to rebuild its bond with the market. If handled with sufficient skill, VW might even be able to build a stronger following by having its values placed under such an unforgiving spotlight.