Is it… time to BeReal?

Yes, there is another new social media app to add to your phone. BeReal has been created to encourage users to stop using filters and sharing unrealistic images. Its name reflects what its founders want users to do and unlike other social media platforms, you won’t be aimlessly scrolling for hours, as you are notified of when to post.

Another stark difference to other social platforms is that BeReal is not about your follower count. It is based  on your friends. Currently, the app has 21.6million actively monthly users and 2.93million daily app visits.  So should you download it, or will its popularity be short lived?

BeReal was created in 2020 by French entrepreneur and former GoPro employee Alexis Barreyat. It’s a photo-sharing social media platform, which notifies its users to post one image per day. The best bit – you’ll never know when it will go off, as users will receive a notification saying “It’s time to BeReal”.

From this notification, users have two minutes to take an unfiltered image showing what they’re doing in that exact moment. However, if you miss the notification when you post your image, your friends will be alerted that the post is late. Your friends can also see how many times you retook the image…so get it right the first time!

You might be thinking, what’s so great about sharing an image with your friends and family? Isn’t this what Instagram or Facebook is for? In BeReal, it’s a dual camera mode. So you can show yourself in the front camera and what activity you’re doing in the back camera. This is a brand new function and one of the key reasons why everyone loves the app so much. It’s important to note that Instagram and Snapchat have now followed suit and are offering this function, due to its popularity.

What other functions are there on BeReal?

Followers can interact with images posted on the app, from commenting to using RealMojis. RealMojis are reaction emojis using your face instead of the usual reaction button. The founders of BeReal wanted to align with its core creative concept and this is how RealMojis were designed. Users love this aspect of the app as it makes reactions personalised and unique, instead of just using the bright yellow cartoon emojis we use with other apps.

Every day, your photo is removed from the BeReal timeline when a new image is captured. However, these posts are not gone forever! The app has a section called ‘Memories’ which allows users to view past images from when you began using the app and will even do a year in review.

There is also a discovery page on your timeline. This lets users view publicly posted photos that are not just seen by your friends. This function means users can meet new people on the app and increase their friend list.

Currently, BeReal prohibits advertising on the app. But, this has not discouraged brands from using the platform. Tourisim Fiji became the first national tourism body in the world to join BeReal. It celebrated the ‘real’ Fiji by uploading an image per day of the destination, enabling prospective travellers to see an unedited version of the destination.

BeReal offers a great opportunity to reach mass audiences, while being authentic as possible. Another consumer brand to take advantage of the new app is Chipotle. The fast-chain restaurant offered a free meal to the first 100 customers who used the coupon code shared on its BeReal account. So, brands can definitely use the app, you just need to be creative and original with the content.

Since BeReal was first introduced two years ago, it has shown impressive growth, seeing it being installed more than 28 million times. It’s been most popular among Gen Z users. The founders targeted secondary school and college students through billboards and providing cash referrals.

It’s been named as the Instagram alternative, following Instagram’s recent change in its algorithm and its use of Reels. Unlike Instagram, users can’t alter or Photoshop their image in any way and so it helps to remove the comparison between users – a huge problem that the younger generation is facing.

Although there are some great features on BeReal, it’s still relatively new and has a number of glitches and bugs that need ironing out. Some users have complained they don’t receive notifications as the same time as everyone else. This means they are marked as late for posting. The app can also lag quite a bit when you’re uploading an image and, occasionally, not upload your photo.

Most users can overlook the above glitches and bugs, due to the other great features BeReal offers. If you’re tired of posting on other apps to a mass audience and find yourself comparing your images to other users, then I would say download BeReal and you won’t regret it!

For brands thinking of downloading the app, it’s key that you stay authentic to your brand, so that it aligns with the ethos of the app and that you are creative. In 2023, we expect to see amore brands utilising BeReal, so don’t fall behind your competitors.

To find out more about how 8020 can support you with your social media needs, please email: hello@8020comms.com 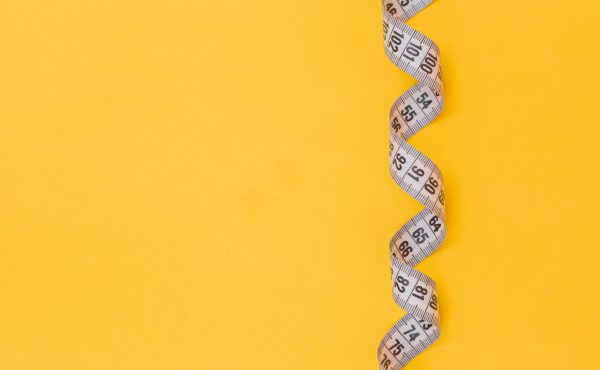 Digital marketing - 10th October 2022
How changes in tracking continues to present opportunity for digital marketers, rather than adversity

Despite Google’s third-party cookies receiving, yet another, extended grace period before being phased out towards the end of 2024, there’s no doubting the marketing world is currently undergoing a wholesale ...