digital marketing and measurement – not quite as advertised?

As we look back on 2017, one of the more interesting developments has been early signs of a reappraisal of digital marketing. Some major advertisers have begun to question how many of their online ads are being viewed by humans rather than that alleged scourge of the electoral process, automated computer ‘botnets’, and whether their marketing budgets are therefore being allocated wisely.

In the summer, consumer goods giant Unilever threatened to pull marketing spending from Facebook and Google, fearing large numbers of clicks were actually being generated by botnets. Another leading consumer goods company, Proctor & Gamble (P&G), cut more than $100m in digital advertising spend this year after concluding many of its ads were serving botnets instead of real people. P&G was also acting against the problem of its adverts being displayed on alongside unfavourable content, such as videos advocating extremism.

The reliability of online marketing is difficult to measure accurately. Google this year refunded some advertisers the equivalent of 7-10% of their total ad buy and announced moves to clamp down on ad fraud, although many advertisers are reportedly still dissatisfied. The Wall Street Journal’s estimate of fraudulent traffic is higher, at 10-20%. Meanwhile, independent ad fraud researcher Augustine Fou puts the figure as high as 60-100%, with an average of 90%.

Does this growing concern spell the end of digital advertising? Of course not. Carefully considered online ad spend will continue to play a growing role in how companies engage with customers. However, what we are hopefully beginning to see is an end to is the blind faith some marketers have put in a single digital medium. 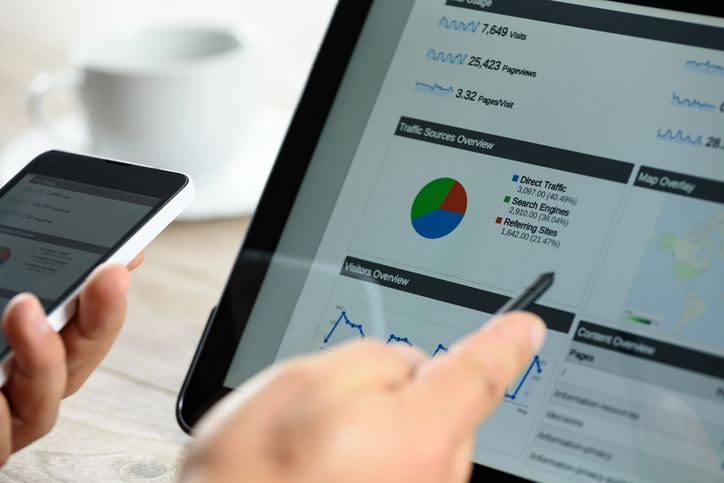 Marketers jumped on the online bandwagon because it was thought to provide a perfectly quantifiable marketing channel. The ability to measure the number of clicks, who clicked, the cost per click and an estimated ROI was a prayer answered – an apparent solution to frustrations with the supposed ‘unmeasurability’ of many marketing disciplines, including public relations.

However, just as digital marketing is not quite the ‘magic bullet’ some had supposed, public relations has become more measurable than many marketers realise. For an overview of some of the options available, help yourself to a free download of 8020’s practical guide to measuring results in PR.

At the same time, 2017 has provided many examples of the importance of reputation management in the marketing mix, for which public relations is pivotal and digital marketing has less to contribute. Uber’s existential crisis in London provides a case study for many future PR textbooks, while other examples include Ryanair’s flight schedule fiasco and, ironically, Facebook’s US congressional grilling for accepting political ads suspiciously paid for with Russian roubles.

As customers have become more sceptical and choosy about which suppliers to trust, the need to manage a company’s reputation has never been greater. Whether it is winning news media endorsement for a product launch, building authority through thought leadership or containing a crisis through communications planning, investing in PR remains vital for companies looking to grow and build resilience.

For marketers, now is the time to take stock on digital, catch up on PR measurement and find the right budgetary balance for 2018.

Sustainability is firmly on the international agenda and, as aviation, travel and mobility communications specialists, we are working with our clients’ brands to develop and execute robust sustainability propositions and ...

With the average person spending up to two and half hours a day on social media, there is only so much content we can consume before we lose interest. 8020 ...