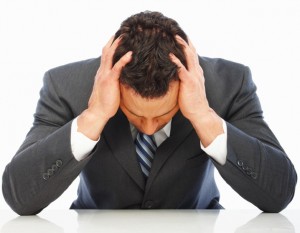 When you come under attack, it is human nature to want to fight back. Many of us have also heard the aphorism “attack is the best form of defence.” However, when you’re in the eye of a media storm, going on the offensive can be one of the worst possible moves, as Asiana Airlines and Pirelli have shown.

Asiana, whose Flight 214 crashed tragically at San Francisco, has announced its intention to sue a local TV station over a prank news report. KTVU-TV, believing it had a scoop, broadcast what it thought were the names of the crashed aircraft’s four pilots. However, as became immediately apparent, the names were an ill-judged joke that slipped through editorial controls. Quite reasonably, Asiana has branded the gaffe racist; rather less reasonably, the airline is alleging the report has “badly damaged” Asiana’s reputation and is therefore calling in the lawyers.

Pirelli, meanwhile, was feeling the heat at the recent British Grand Prix, where multiple teams suffered dramatic tyre failures. Although no injuries resulted, it was clear this was down to good luck, and drivers such as Lewis Hamilton were vocal in their criticism of Pirelli. Feeling these attacks unjust, the tyre manufacturer’s initial response was to attack its F1 customers for misusing its highly specialised rubber. Although the company issued a second statement within 90 minutes of the first, in which it made rather more diplomatic comments, this was too late to prevent headlines such as the BBC’s ‘Pirelli blames teams over tyre failures.’

Both Asiana and Pirelli would have done well to remember the golden rule of crisis communications: particularly when lives have been lost or endangered, showing your deep concern for the welfare of those affected must be your very top priority.

While the storm is raging, all other concerns must be – and seen to be – secondary, whether it is the impact on your share price, corporate reputation or immediate revenue prospects. Ironically, it is only by being seen to act selflessly in this way that a crisis-hit organisation stands a decent chance of protecting its long-term interests.

By launching its lawsuit, Asiana has signalled that it is worried about its shareholders’ interests, even while surviving passengers are still coping with the trauma of the accident. Similarly, Pirelli’s concern to preserve its reputation in fact created the impression that the company cannot be relied upon when the going gets tough. While we are sure that neither impression is correct, both companies will have to work at restoring the trust of their customers.

A full-on media crisis is a crucible for your corporate reputation, and communicating well can make the difference between business success and failure. In the wise words of Warren Buffett: “It takes 20 years to build a reputation and five minutes to ruin it. If you think about that, you’ll do things differently.”

If you would like to discuss crisis communications management and training, please get in touch with our team.