Delhi’s highly-publicised setbacks in struggling to prepare for this weekend’s Commonwealth Games opening have truly unsettled public perceptions of India. 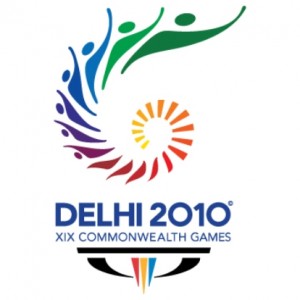 In the past few years, we have come to recognise the major economic and political force that India is becoming. Companies like Wipro, Kingfisher and Tata have become acclaimed as international powerhouses, while projections about the Indian economy tell an impressive tale of increasing might. And yet, no sooner have we come to terms with this new reality, and accepted that Jaguar and Land Rover are Indian-owned assets, than our perceptions have been pushed through 180 degrees again by the troubled preparations for the Games.

It is exasperating for India that these incidents have served to reinforce stereotypes that the country has worked hard to leave behind. The truth is that India is undergoing huge transformation and will undeniably be a major global player in the coming 50 years. However, this embarrassing episode demonstrates the dangers that lie in wait if the public face that you seek to portray runs too far ahead of where you presently are.

Public relations is what many reach for when they want to put a positive gloss on what they are doing. That is, of course, part of PR’s function and it forms an important part of a competitive business strategy. India has certainly been engaged in an ongoing PR exercise to alter how it is seen, of which the Games is one of the costlier elements. However, PR is far more than window dressing – it is about managing your corporate reputation, which relates to and depends upon many different aspects of how you operate. Customer service, product reliability, technical innovation, complaints handling, Health & Safety, environmental conduct, recruitment and procurement processes are just a few of the things that can support or scuttle a hard-won reputation.

Of course, it is hard enough to get all the functions of a single organisation operating in concert, never mind the multiple parts of an entire nation (one can only imagine the reaction within the Indian government when the Games’ official spokesman blamed the hue and cry about the athletes’ village on ‘cultural differences’ between Indians and Westerners on matters of hygiene). But this is the reality of reputation management and explains why organisations that are serious about how they are perceived worry first about how they behave.

To learn more about corporate reputation as an executive responsibility, it is worth visiting the website of the Oxford University Centre for Corporate Reputation.